The Purdue Libraries Distinguished Lecture series began in 2005 with a goal to emphasize the link between Libraries and the creative and intellectual achievements from notable people both outside of and inside the academy. We consider this lecture series to be in keeping with Purdue Libraries role as a catalyst to enhance the cultural, intellectual, and scholarly environment at Purdue for students, faculty, friends, and the entire community.

Through these lectures, the authors and speakers we invite enable us to more effectively understand the human condition, whether through science, the arts, engineering, technology, business, medical sciences, or consumer and family issues. 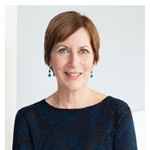 Maureen Corrigan "And So We Read On"

Corrigan is a columnist for The Washington Post and serves as The Nicky and Jamie Grant Distinguished Professor of the Practice in Literary Criticism at Georgetown University. She is also the author of two books, Leave Me Alone, I’m Reading: Finding and Losing Myself in Books and So We Read On: How the Great Gatsby Came to Be and Why It Endures, which was named one of the 10 best books of the year by Library Journal.

Corrigan has also written reviews for The New York Times, The Boston Globe, and The Nation. She is an associate editor of and contributor to Mystery and Suspense Writers: The Literature of Crime, Detection, and Espionage (Scribner), which won an Edgar Award for Criticism from Mystery Writers of America in 1999, and she has served as a juror for the Pulitzer Prize in Fiction. 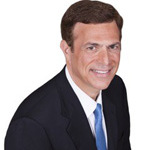 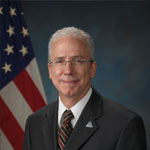 This year's lecture has a unique presentation that will occur prior to the lecture. There will be an artifact exchange. Purdue Libraries’ Division of Archives and Special Collections provided a group photograph taken at the University's 1999 Purdue Astronaut reunion. Also included is a photograph of Neil Armstrong and Eugene Cernan, the first and last men to walk on the moon, raising the American flag acknowledging a cheering crowd at Purdue's football stadium in 2007. Lastly, two small felt Purdue pennants are on board. These items stand to represent Purdue University's contributions to the U.S. Space Program – by not only its astronauts but by the generations of engineers and scientists who have graduated from Purdue and gone on to work for NASA and in the aerospace industry. The photographs are copies on special archival photographic paper and the pennants were acquired by the Archives especially for the Orion flight. There will be a ceremony presenting these items back to Purdue Libraries’ Division of Archives and Special Collections. After the ceremony Mark Geyer will present his lecture. Mark Geyer is the Deputy Director of NASA’s Johnson Space Center in Houston, Texas. Prior to being named Deputy Director in September of 2015, he served as the Manager of the Orion Program since 2007. In that position, he was responsible for directing the development of Orion, implementing Program policies, and planning and ensuring effective cost control of the Program. 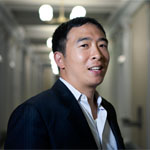 Andrew Yang is the Founder and CEO of Venture for America, a fellowship program that places top college graduates in start-ups for two years in low-cost U.S. cities to generate job growth and train the next generation of entrepreneurs. He has appeared on CNBC, Morning Joe, Fox News, TIME, Techcrunch, the Wall St. Journal, and many other media outlets. Andrew was named a Champion of Change by the White House for his work with Venture for America and one of Fast Company's "100 Most Creative People in Business." He is a graduate of Columbia Law and Brown University. Andrew's first book, "Smart People Should Build Things," was published by Harper Business in early 2014. 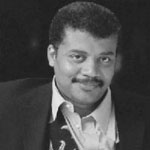 Dr. Neil DeGrasse Tyson "This Just In: Latest Discoveries in the Universe"

As his program's name implies, Tyson will base his topics of discussion on the most recent, noteworthy, and exciting events in space science. It's a talk tailored to Tyson's mission to ensure that science remains a lively, vivid topic in American discourse - communicated in ways that connect with us all. 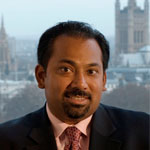 In this expertly crafted talk, Vijay V. Vaitheeswaran examines the interconnected innovation mega-trends that are reshaping the world economy. It's a beat he's thoroughly covered for The Economist. Taking us on a continent-spanning tour -- from traditional hotbeds of innovation to developing markets ready to leapfrog ahead of the competition -- Vaitheeswaran shows us why innovation is the only competitive advantage in the 21st Century and why it's the only engine driving commerce. As new technologies emerge -- and as the speed at which they are developed and adopted reduces -- the economy reconfigures and moves forward. In a brilliant talk that knits together the worlds of technology, energy, sustainability and the economy, Vaitheeswaran makes these disparate issues resonate for audiences who need to know where we stand, and how quickly things change in our new innovation economy. 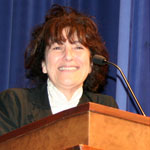 Food critic and former editor-in-chief of Gourmet magazine and author of Garlic and Sapphires: The Secret Life of a Critic in Disguise and Tender at the Bone: Growing Up at the Table. 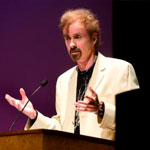 Author of The Women, Wild Child and When the Killing's Done 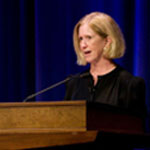 Purdue alumna and host of TechNation and BioTechNation 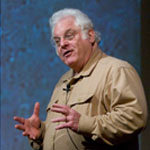 Author of The Crime of Reason and the Closing of the Scientific Mind. Professor of Physics, Stanford University 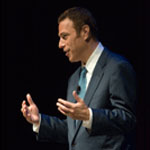 Author of Presidential Courage: Brave Leaders and How They Changed America, 1789-1989 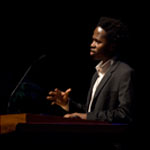 Author of A Long Way Gone:Memoirs of a Boy Soldier, the first-person account of a 25-year-old who fought in the war in Sierra Leone as a 12-year-old boy. 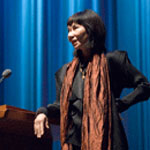 Author of The Joy Luck Club, Saving Fish from Drowning, The Kitchen God's Wife, The Hundred Secret Senses, The Bonesetter's Daughter, and two books for children. 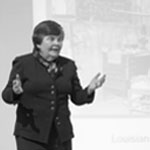 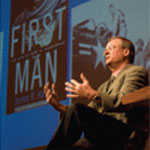 Made possible by major funding from the Estate of Anna M. Akeley

Anna Akeley retired with tenure from Purdue's physics department in 1971 after teaching 29 years - the only member of the department to do so without a physics degree. Born in Vienna, Austria, in 1904, Anna earned the equivalent of a master's degree in X-rays from the Roentgen Institute.

As tensions rose that led to World War II, she met a man who aided in her escape from Europe, Purdue physics professor Edward Akeley, her future husband. Unable to migrate west, Anna finally arrived in Indiana in 1942 after traveling through Asia and across the Pacific to California. On her third day in Lafayette, Anna was asked to teach physics due to the shortage of professors during the war. For her professional accomplishments at Purdue, she was honored with the School of Science Instructor of the Year award in 1966, the first Helen B. Schleman Gold Medal Award for contributions to women students in 1969, and the Order of the Griffin in 2004.

Anna Mandler Akeley died on June 26, 2004, at the age of 100. Along with the lives she touched as an educator and friend, she left behind her legacy through a generous gift from her estate to the Purdue University Libraries, a testament to her lifelong love of learning now embodied, in part, by the Libraries Distinguished Lecture Series.