Virginia Kelly Karnes (1909-2006), and her late husband Bill were long-time benefactors of Purdue University. Virginia was named the first woman chair of the President’s Council of Purdue, as well as being elected to the Mortar Board at Purdue. Virginia Kelly Karnes made the leadership gift for the new archives and special collections facility in 2006. The Purdue University Libraries honored her by naming the Archives and Special Collections research center for her in recognition of her generosity to the libraries. Virginia Kelly Karnes was a constant benefactor to the university, with the Class of 1935 50th reunion class gift, the Library Scholars grant program, the President's Fund, the Purdue Alumni Association, Purdue athletics, and the Center for Families also benefiting from her generosity.

A native of Warsaw, Indiana, Virginia Grace Kelly worked at a box factory for three years after graduating from high school, saving enough money to enroll at Butler University in 1929. When the Warsaw Bank closed in 1930, tying up her money, she had to go back to work. In 1932, she resumed her education at Purdue University and graduated in 1935 with a Bachelor of Science degree in Home Economics. While at Purdue, Virginia Kelly belonged to the Alpha Chi Omega sorority--where she did housework to pay for her room and board, edited the Debris yearbook, and participated in women's journalism and sports clubs. Later on, Karnes also served as the first chairwoman of the President's Council at Purdue. In 2002, she endowed a financial assistance program for qualifying members of the Alpha Chi Omega attending Purdue.

She met William George Karnes in 1928, and after a nine-year courtship, they were married on May 1, 1937. She became his closest friend, confidant and most valued counsel as he advanced from the position of law clerk to become president and chief executive officer of Beatrice Foods Company in Chicago, Illinois. During Bill’s early years at Beatrice Foods, Virginia frequently would travel with him by train from city to city meeting the company’s various division managers. They had been married for 63 years when Bill passed away on November 17, 2000.

The Virginia Kelly Karnes Archives and Special Collections Research Center, a $2.7 million, 15,000-square-foot facility on the fourth floor of Stewart Center, opened to the public on January 12, 2009. The Karnes Center brings together, for the first time, Purdue’s special collections and archives into one centralized, state-of-the-art facility. The space features an entry hall/exhibit space, a researcher reading room with permanent displays, an instruction center, a processing center for receiving new materials, and offices for staff and faculty members. 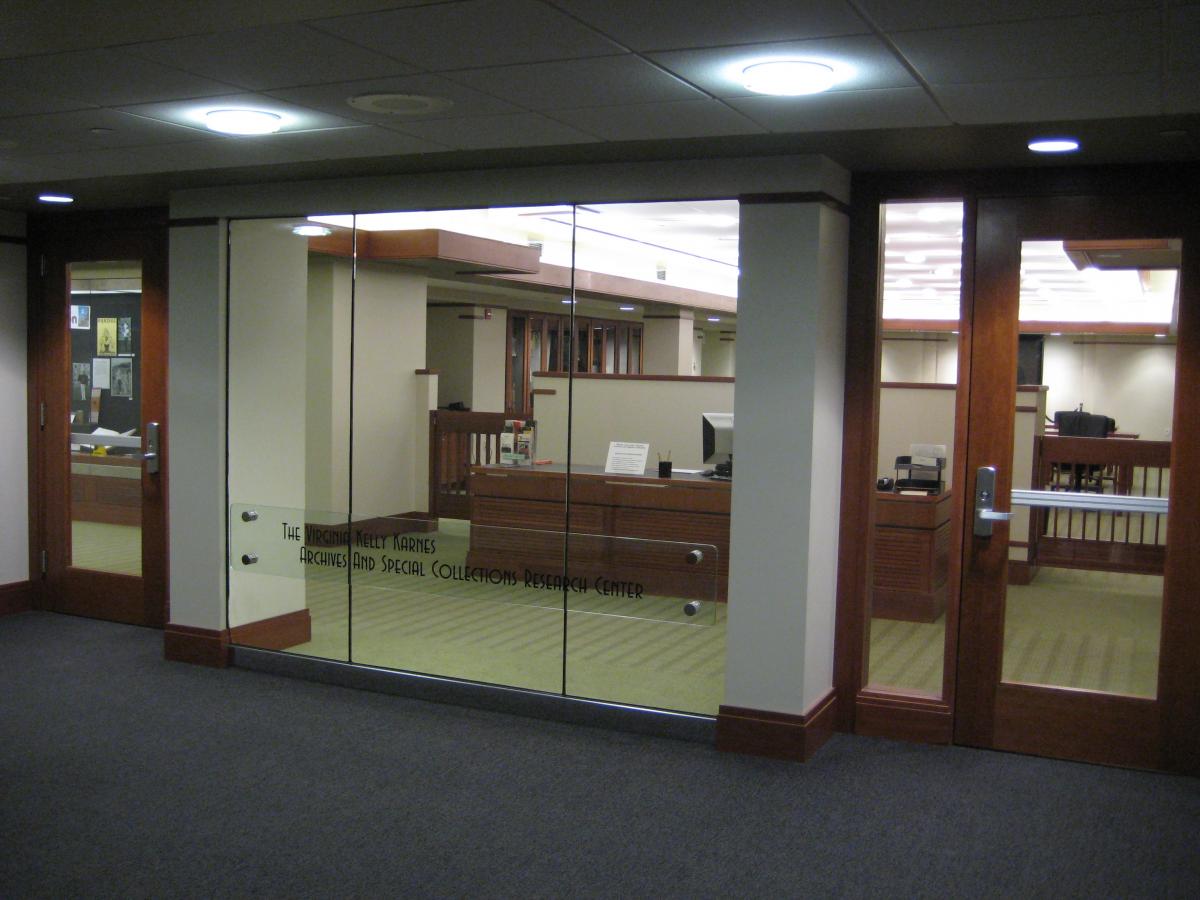 The facility serves as a repository for the Libraries' rare collections that will make materials more readily accessible to visitors and scholars. The archives are equipped with security, fire suppression and climate control systems to protect collections that include the papers and effects of such Purdue-affiliated luminaries as humorist George Ade, cartoonist John T. McCutcheon, Nobel Prize winning chemist Herbert C. Brown, astronauts Neil Armstrong and Eugene Cernan, and aviator Amelia Earhart. Previously these items and tens of thousands of other books and artifacts were distributed throughout seven buildings on campus. 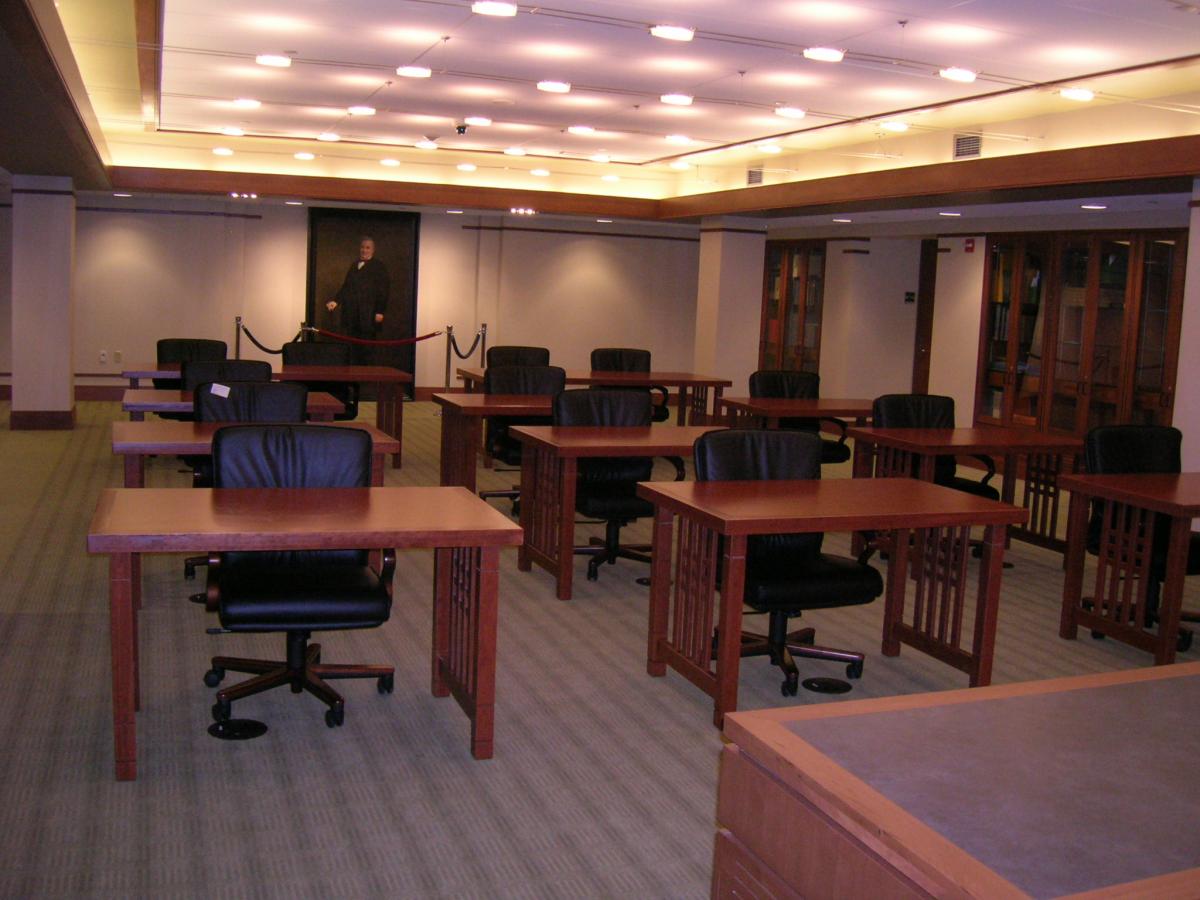 The Karnes Archives and Special Collections Research Center is located on the 4th floor of the Humanities, Education and Social Sciences Library (HSSE) within Stewart Center. Visitors can find the Archives by first entering HSSE and then taking the elevator or stairs to the 4th floor.